What Kind of Ceilings to Include in Your House Plans?

Include Your Ceilings in Your House Plans!

Ceilings are actually very important in planning your home. Most people tend to forget them and consider it a very boring fifth wall. Not so! Ceilings add light, space, drama, help define rooms, give style to a room, and can change the costs significantly when building a home. 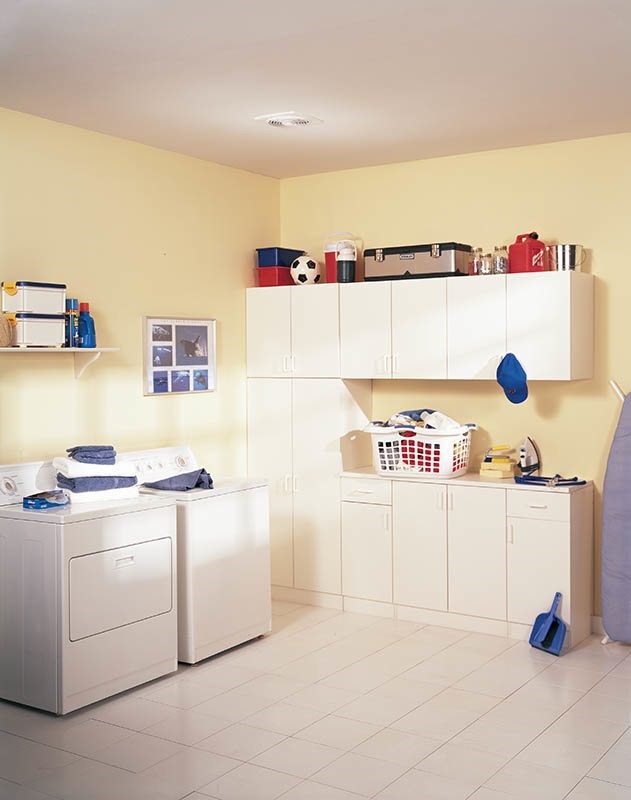 The different types of ceilings include…

A Conventional Ceiling is the most common style and height that is built into homes. 8 feet tall, it is covered in drywall and typically appears as a fifth wall. These ceilings cost the least due to using standard sized lumber and drywall to build.

A Cathedral Ceiling is built mirroring the roof line over that room. It slopes all the way to the top of the house. This ceiling is built attaching to the trusses of the roof. This is a very dramatic way to add space and make a room feel larger. It does however have a few things to take into consideration. 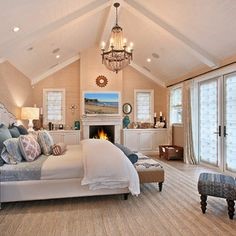 They do cost extra as there is extra construction. 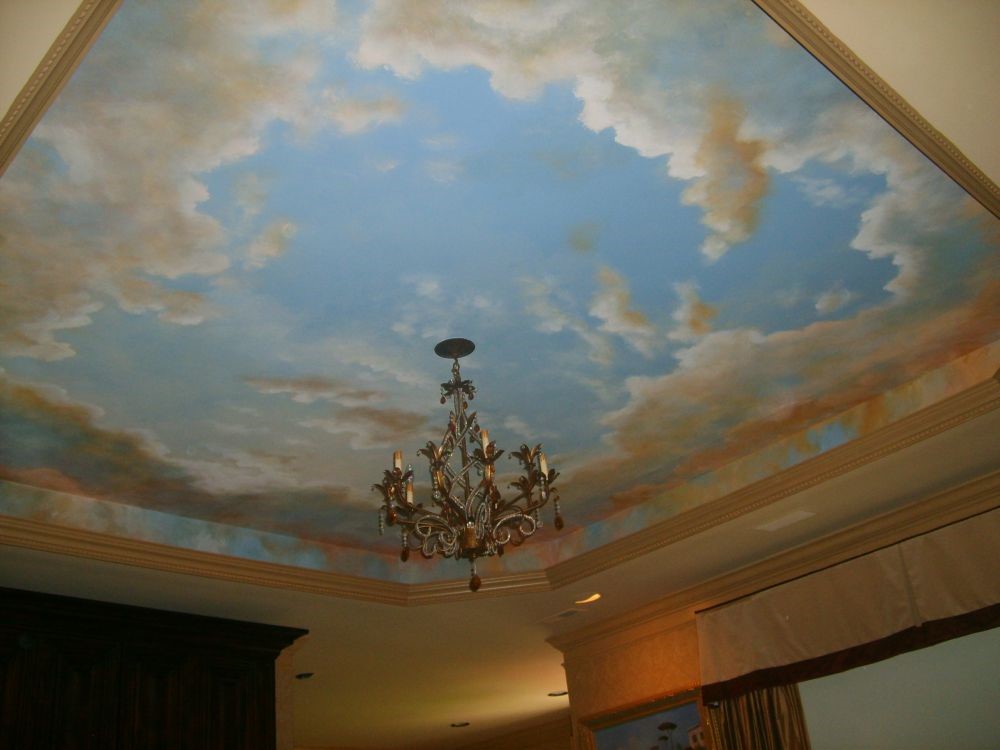 A Tray Ceiling is different than a conventional ceiling in that it has a step up to a different height. Sometimes there is more than one step. This is a fantastic way to add drama to a room such as a master bedroom or a dining room. You can add hidden lighting that glows around the step or paint a different color inside of the step. Again, this does cost extra as there is extra construction involved.

Coved Ceilings are constructed with a curve or arch attaching the wall to the ceiling. 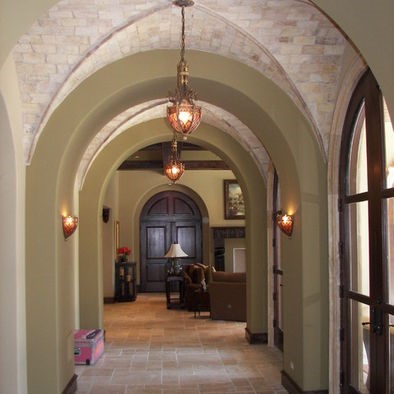 It is a soft and romantic look that you will most likely see in finer older homes. This is a dramatic look that can become quite complex in structure. 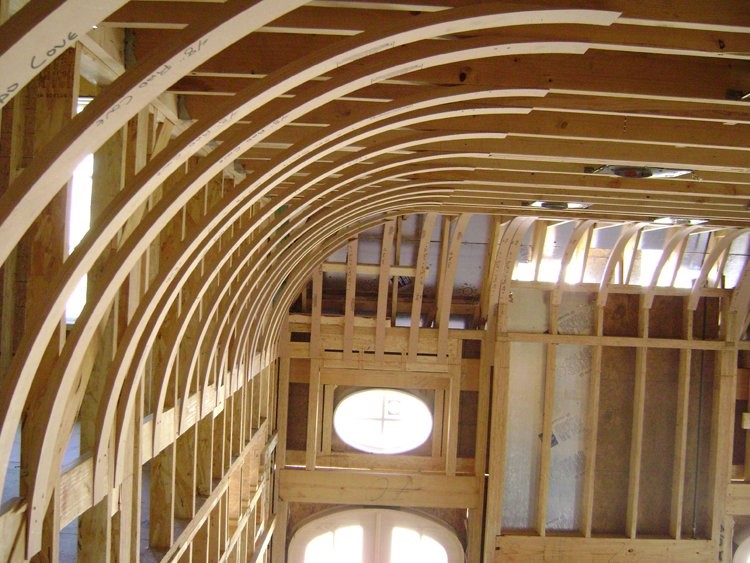 A Beam Ceiling is usually of more height than the standard 8 foot ceiling with the support beams hanging down through the drywall. 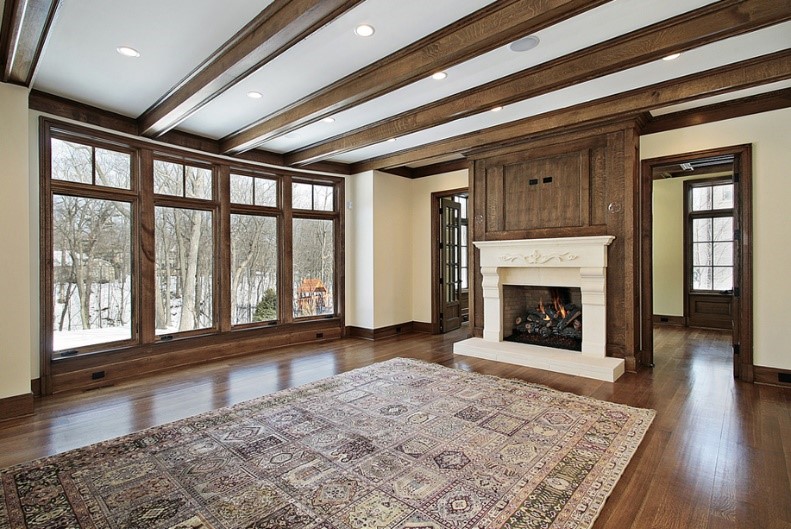 Of course there are also “false” beamed ceilings that add a constructed beam to the ceiling after the conventional ceiling is built. This is also a great way to define a style for your home and usually added to one of the main living areas such as the kitchen or living room. 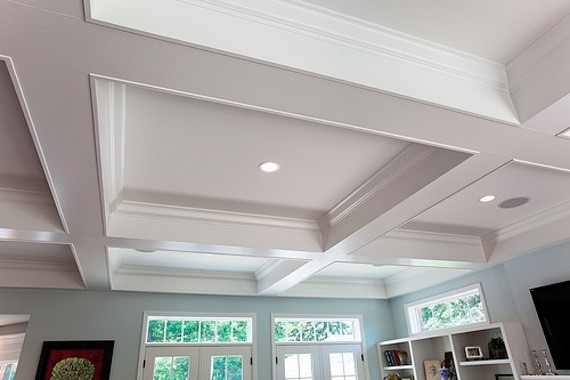 There are many variations on this style, such as the box beam ceiling that is quite architectural looking.

Ceilings are an important aspect for your home, whether you choose the cost effective conventional ceiling or an intricate interpretation of the coved ceiling, make sure this is considered in your house plans and your pocket book!